The Voice Battle Round 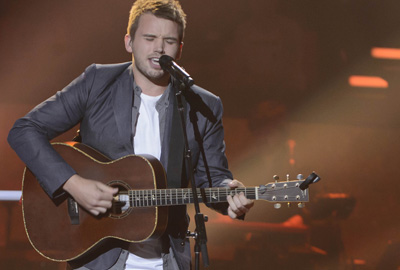 As a lot of you probably know by now, I made it through my Battle Round. I was honoured to share the stage with Monty Cotton. He is a very talented performer with a great vocal tone! Unfortunately, the nature of this part of the show is that a large number of talented performers have to bite the bullet just purely because there was something the coaches saw in one that they didn’t see in the other. That being said, I’m extremely pleased to be on this side of the Voice Battle Round  and I’m so keen to getting on with the Super Battle’s this Sunday.

Tonight, I’m up at my parents house in Lake Maquarie. I just had some sort of straight alcohol stuff poured onto a burn on my leg which I acquired playing football earlier on. I asked my sister for something that would sting a hell of a lot in order for it to feel better in the long run…BOY did I get what I asked for! It wasn’t until afterwards that she chose to tell me “it actually says that you shouldn’t apply to broken skin but you asked for something that would sting”.

The main reason for being up here is to play at my 6 year-old nephew’s primary school assembly tomorrow morning. He is extremely excited bout this and I’ve ben told that he’s even had kids from school asking for his autograph. Brilliant!

I must apologise for the lack of posts/blogs but things are pretty hectic at the moment. I’m doing everything I can to make the most of all the publicity I’m getting from being on The Voice. I’m hoping to one day be able to have an album for you to buy, shows for you to come to and obviously… Joe Moore mugs! Anyway, that’s the dream.

Don’t forget, if you’re in Sydney, I’ll be busking at 1pm this Saturday at Pitt Street Mall. Please come down and say hello.

I’ll check back in with you soon!